A little-known Australian technology investment firm backed by banking veteran David Murray has had a legal win over Apple, after the technology giant failed to get a patent infringement case dismissed.

Charter Pacific Corporation’s (CPC) battle over three biometric patents played out in the US District Court in Texas last week. 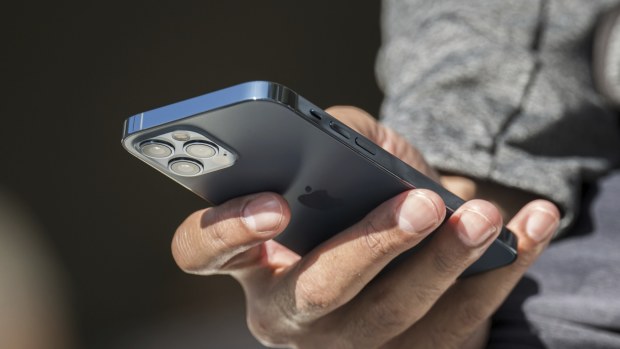 Apple had asked the court to dismiss three alleged patent infringements brought against it early last year by CPC Patent Technologies, a subsidiary of CPC.

US district court Judge Alan Albright denied Apple’s attempts to dismiss two of the patents that relate to secure access through biometrics, which CPC in its claim said was breached by “Touch ID” and “Face ID” on devices such as the iPhone.

Apple had a partial win, with a motion to dismiss a claim on a patent related to biometric security of smart credit cards “granted-in-part”. CPC has a week from the decision to file an amended complaint related to that patent.

However, CPC provided further information to the judge running the case later in the week.

“The Court denied Apple’s motion to dismiss on all grounds except one,” CPC chief executive Kevin Dart told The Australian Financial Review.

“For that remaining ground, which pertains to only one of the three patents in suit, the judge found that CPC’s submissions in opposition to the motion to dismiss set forth a viable claim of infringement.

“The judge instructed CPC to supplement the complaint’s infringement allegations with regard to that patent, to include the points made in such submissions in opposition, which CPC will do forthwith. Thereafter, CPC will be allowed to proceed on all of its infringement claims against Apple.”

CPC has previously faced allegations of so-called “patent-trolling” – a legal practice in which companies with no intention of ever using their patent to develop a product, use the patent to make money through litigation.

However, Mr Dart pointed to commercialisation of its patents in the United States – which he said he could not name – and another in Canada called Tapplock, a padlock which uses fingerprint technology to open.

The patents related to the Apple case date back to 2003 and 2005, before biometrics were used in Apple devices.

“We didn’t buy the patents with the intent of litigating,” Mr Dart said.

“We bought the patent to the intent of licensing, joint venturing and it’s pretty obvious now that it will be a litigation action as well.”

Mr Dart said CPC was focused on commercialisation of its patents, stating he has had first round meetings with companies in the US, United Kingdom and Switzerland.